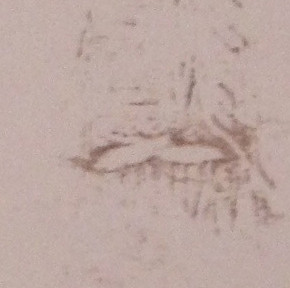 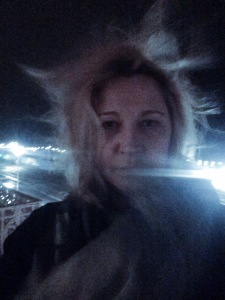 What I do and how it works

I make commissioned art and objects for special celebrations and commemorations, working hand in hand with the client, using original material or digital images as required.  Each project is entirely different, varying from a huge mixed media wall installation, using cigar boxes and jazz music, to a metal icon made from a kitchen stool and a cutlery draw.  Work includes a wax music box for a Christening, a set of revamped prints of family photos Warhol style for a sixtieth birthday and a special view from a Moscow apartment in an original window frame for an Anniversary present.  Below are some images and projects completed over the last three years, but no idea is beyond limits and imagination and personalisation is the key.  I am happy to come up with ideas or work with the client’s imagination to create a truly individual piece. Please feel free to email me or call for an initial consultation.  No Idea is too crazy, imagination rules the day. 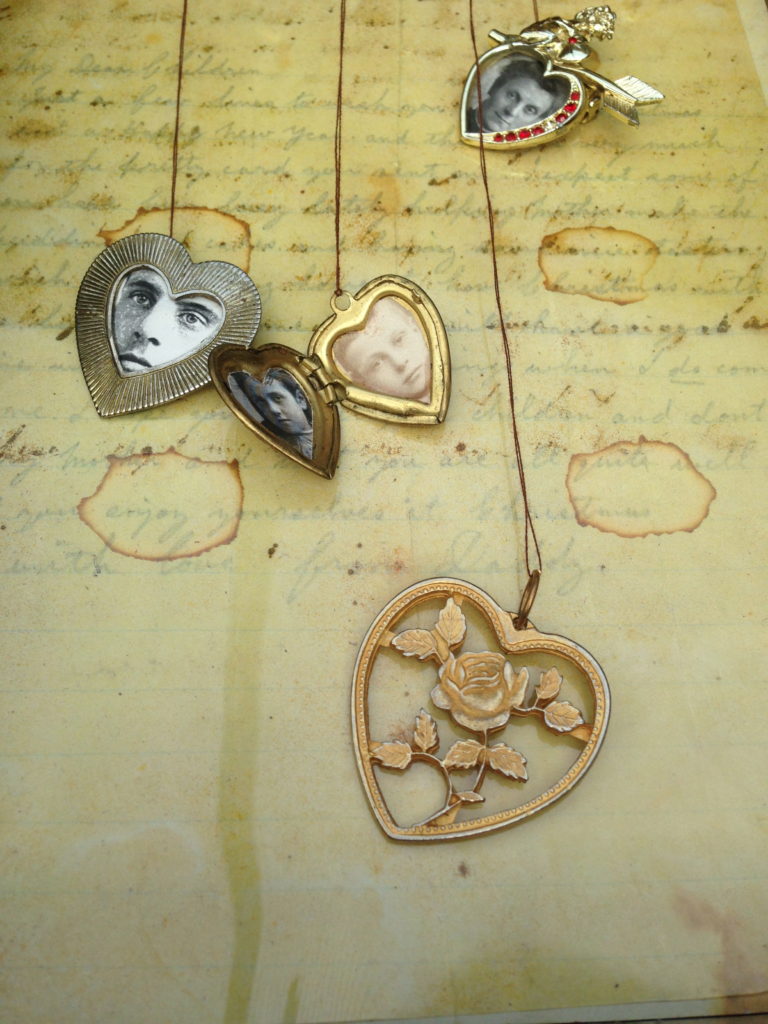 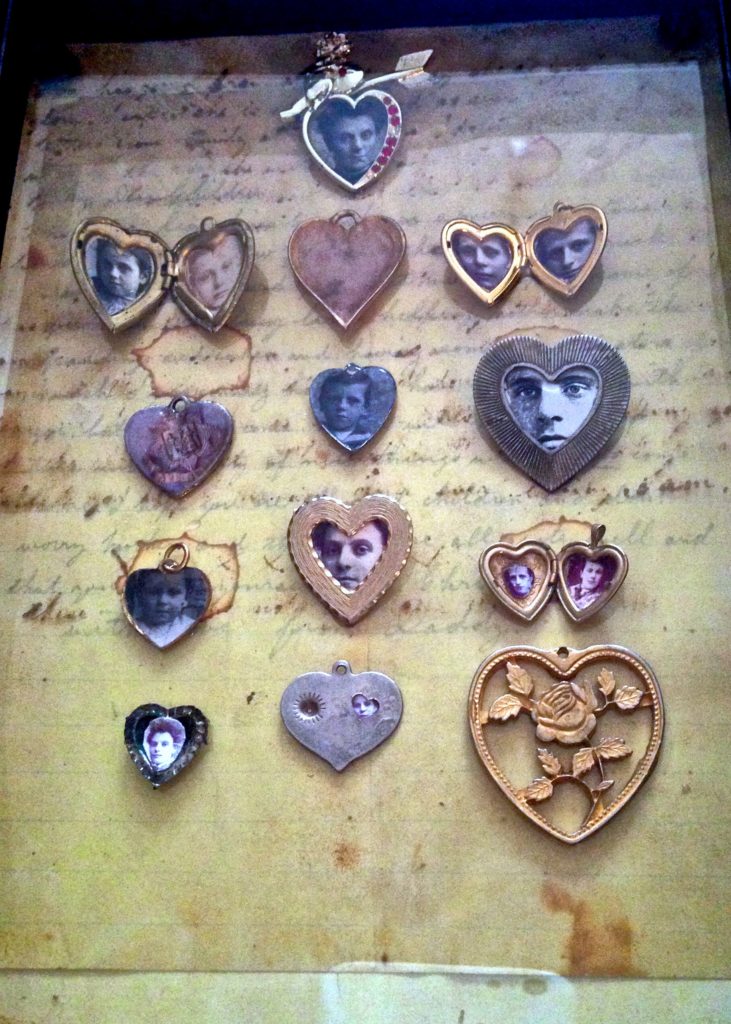 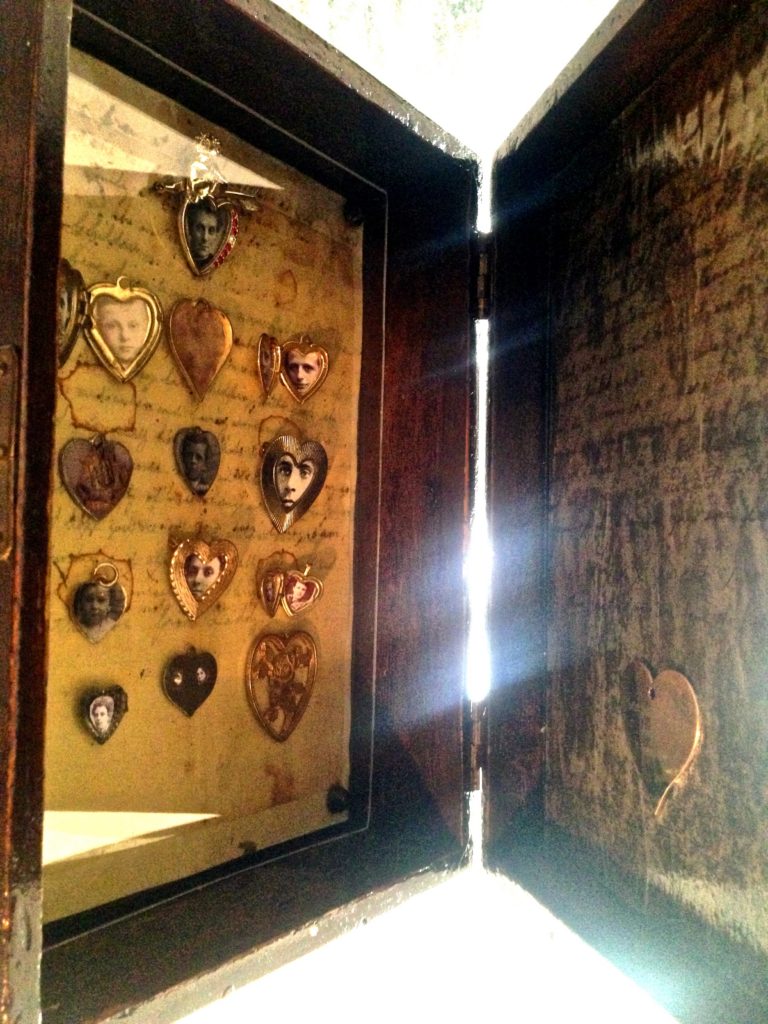 A commemoration box to the life of Samuel Currier who died in the Somme, with heart lockets featuring images of Samuel Currier’s relatives, set  against original letters that he wrote from the front, where he tells about sending home dried forget-me-nots picked from the battlefields.  A simple gold heart honours his life and forget-me-nots decorate the front of the box. 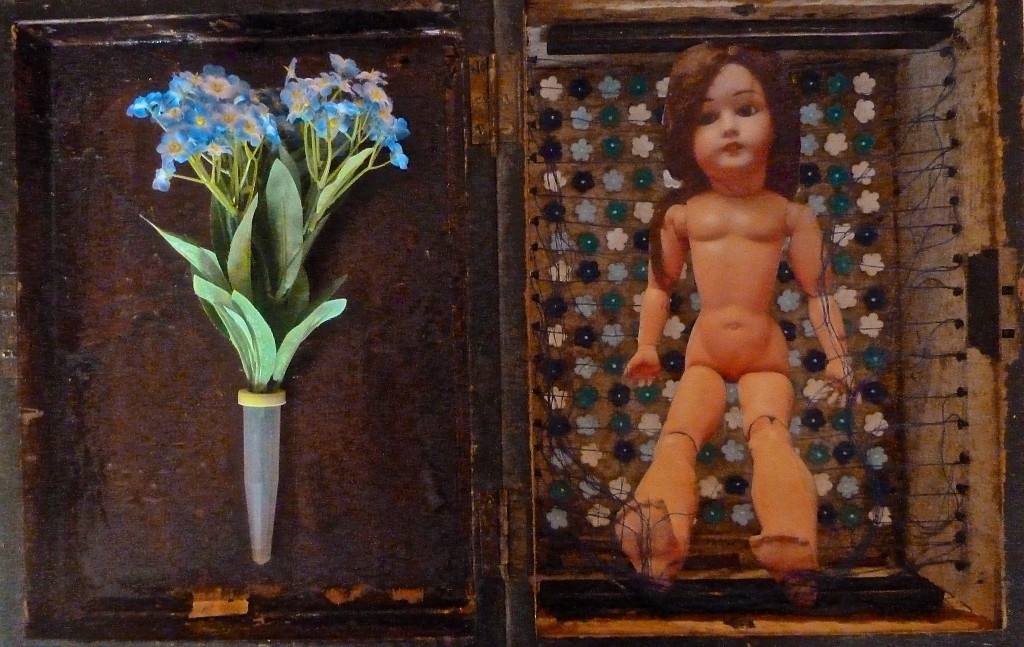 Samuel Charles Currier  who died aged 38 at the Somme and was inspired this memory box telling a very poignant story. Samuel’s daughter Eva fell in love with a toy doll, a doll that Samuel promised to buy for her, but Samuel never returned. Hearing the sad news of his death, a nurse saw Eva looking at the doll in a shop window and bought it for her. The doll still exists and it is featured with representations of the dried forget-me-nots Samuel used to send home to his family from the battlefields of the Somme and a locket with Samuel’s photograph engraved with the title of the piece “Daddy’s Girl.” 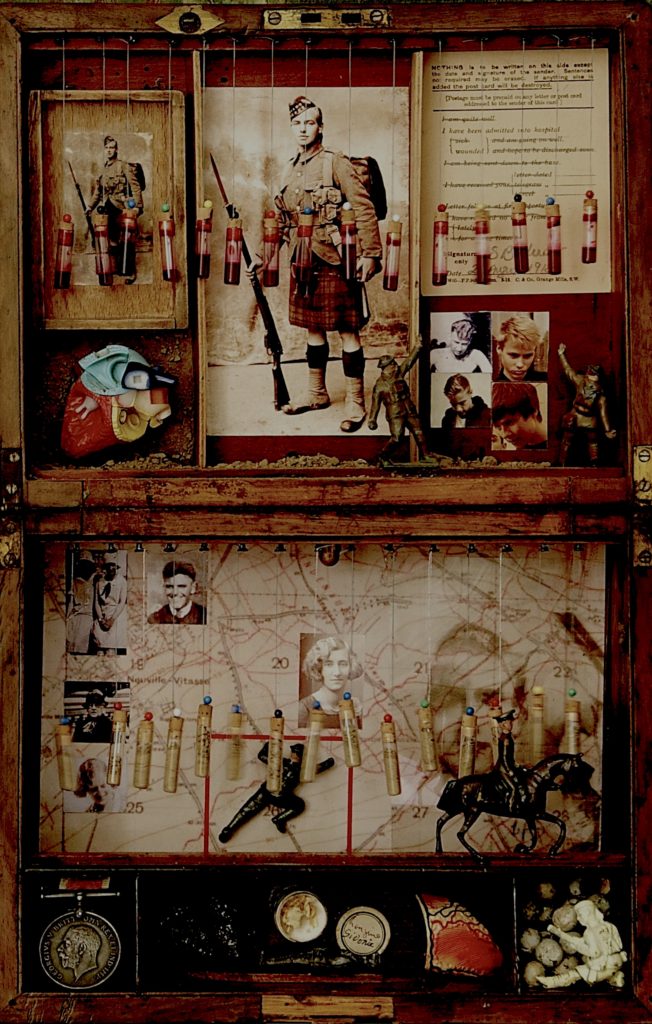 My personal tribute to Sydney Hurst, my great uncle, is a small casket, which distills all the information I managed to amass from the fragments of his short life. Photos of his own relatives and his male descendants, Peter, Richard, William, Dan and Boris who only knew him from two surviving photos.  A map shows the exact location of his death, from where he was exhumed before being laid to rest in the London Cemetery, at Neuville-Vitasse and phials of blood and soil hang down to represent his death by a piece of shrapnel through the heart.  It features a toy plastic heart, metal soldiers and my only piece of actual memorabilia, Sydney’s medal.  References to roses echo his job maintaining the local park and his love of gardening and the coal is a good luck talisman taken to battle by many soldiers.”

Choosing the client’s favourite iconic album cover, The Beach Boys, “Surfs Up,” I made a sewn piece using original drawings, digital prints, old love letters, photos and memorabilia which were layered onto hessian. The final piece is framed in a deep box frame so you can see both sides of the work which is also sewn on the back. The piece works equally effectively as a digital print. 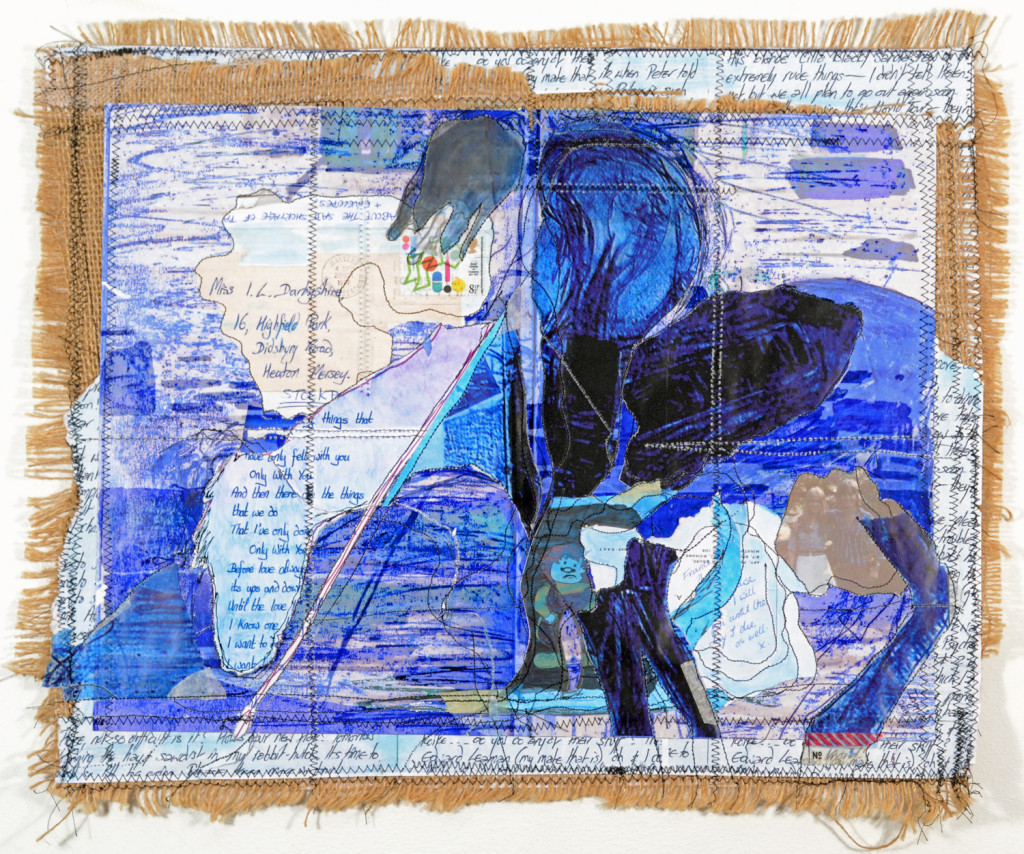 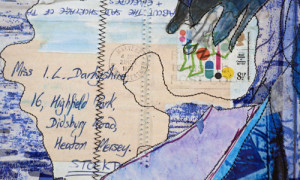 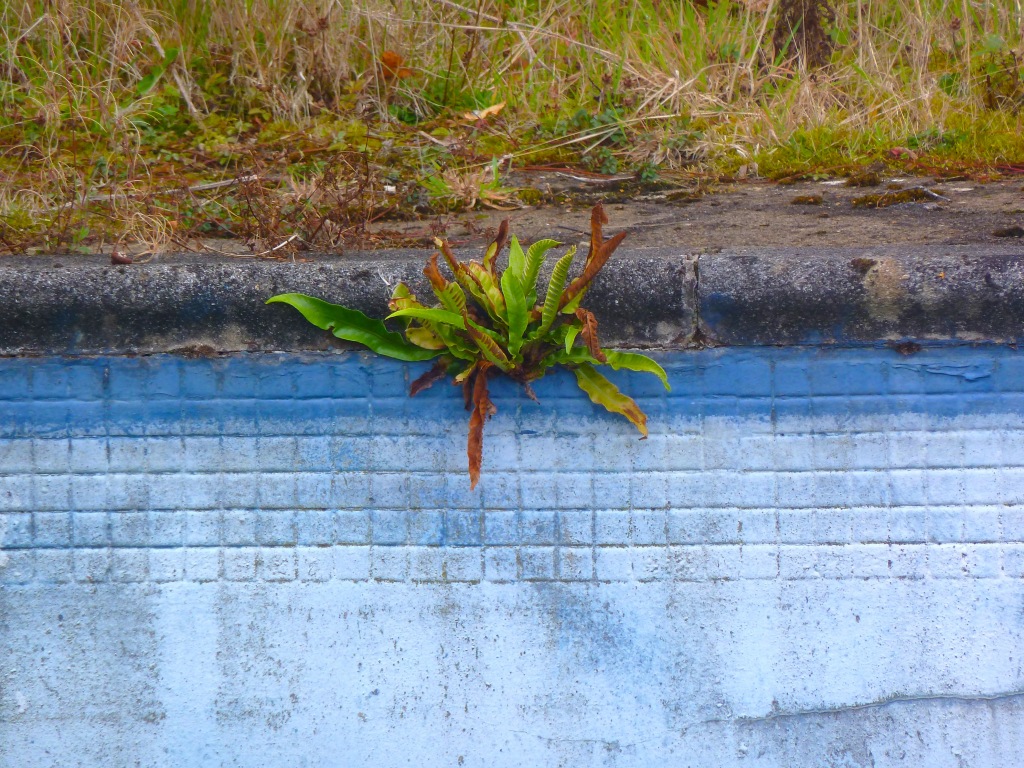 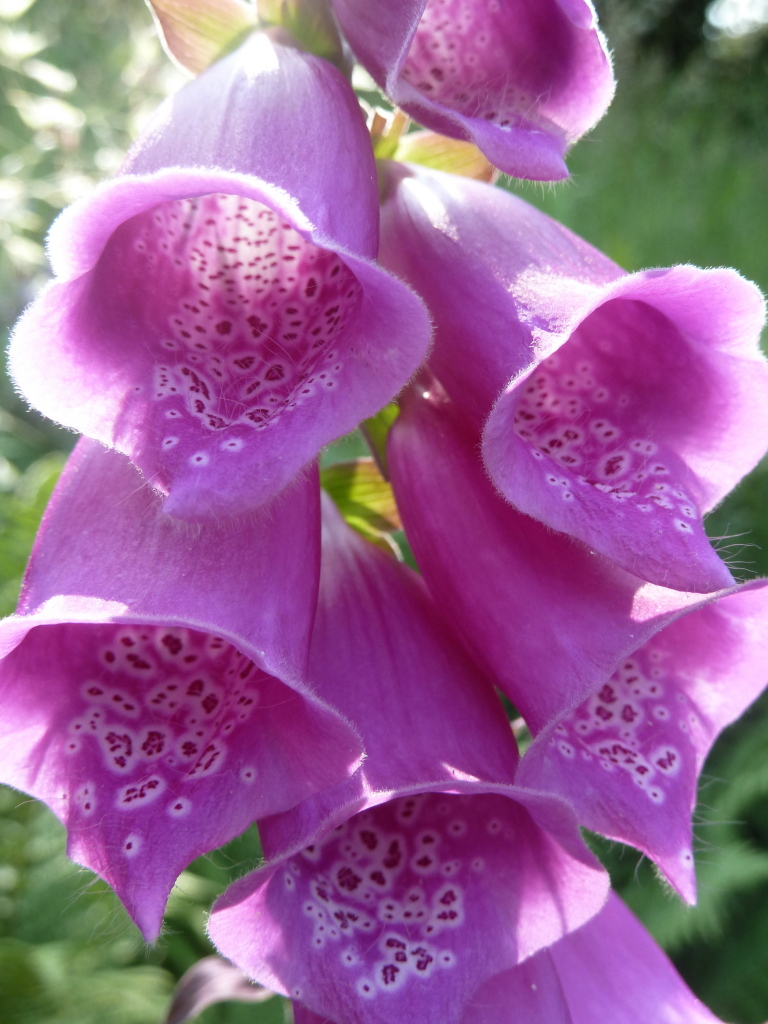 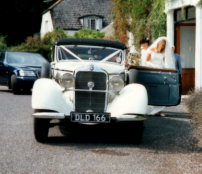 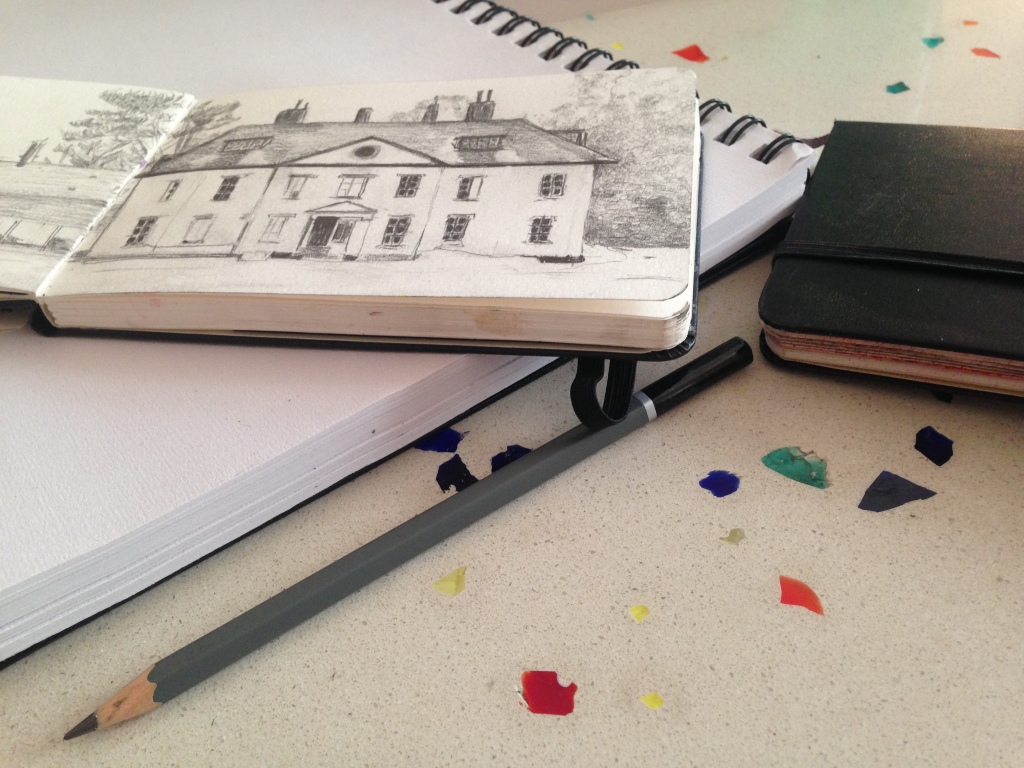 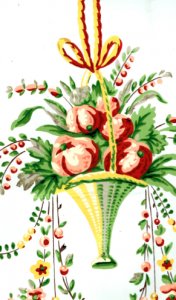 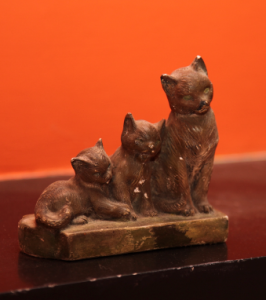 A commission for a friend whose father died this summer.  We talked late into the night and Mary told me lots of lovely things about her Dad: his religious passion, his love of camper vans, his talent as an artist, how he always used imperial leather soap and his deep love for his family.  She gave me letters and photos and rosaries and all sorts of precious objects to work with, which I copied and reinterpreted to make a mixed media collage sewn onto his checked shirt. Mary said, “When you lose a male family member you don’t often have anything like jewellery or clothes to remember them by and in this work you have combined everything about my Dad that was precious to me in such an affectionate piece.” 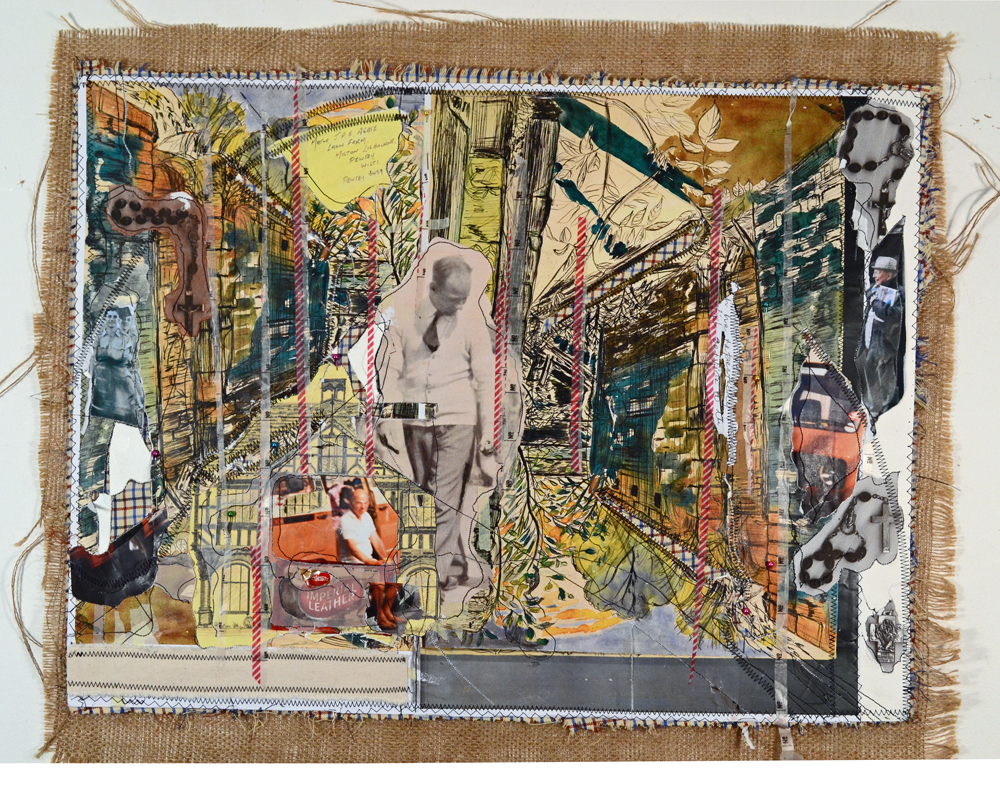 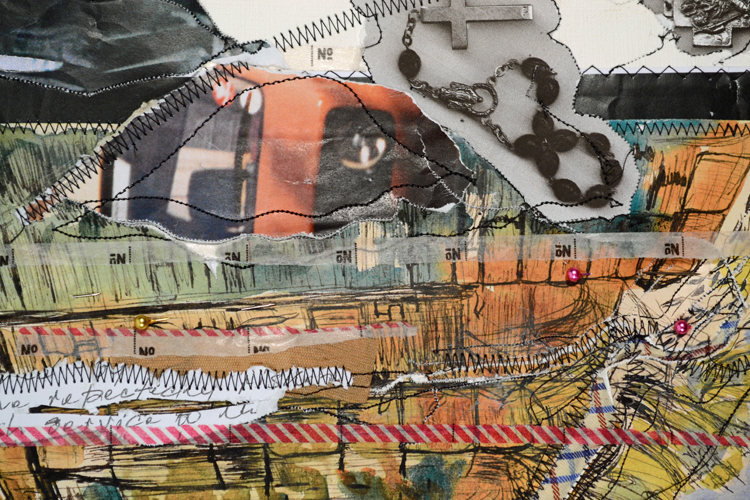 “Museum of Fur and Fate” 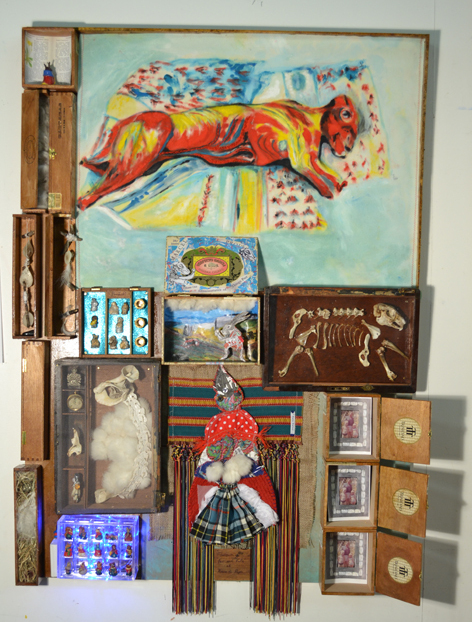 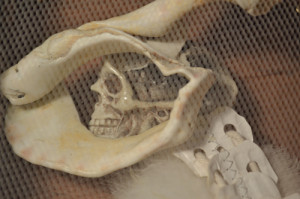 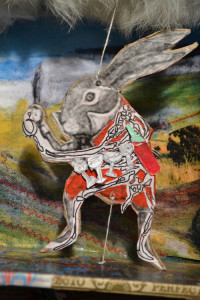 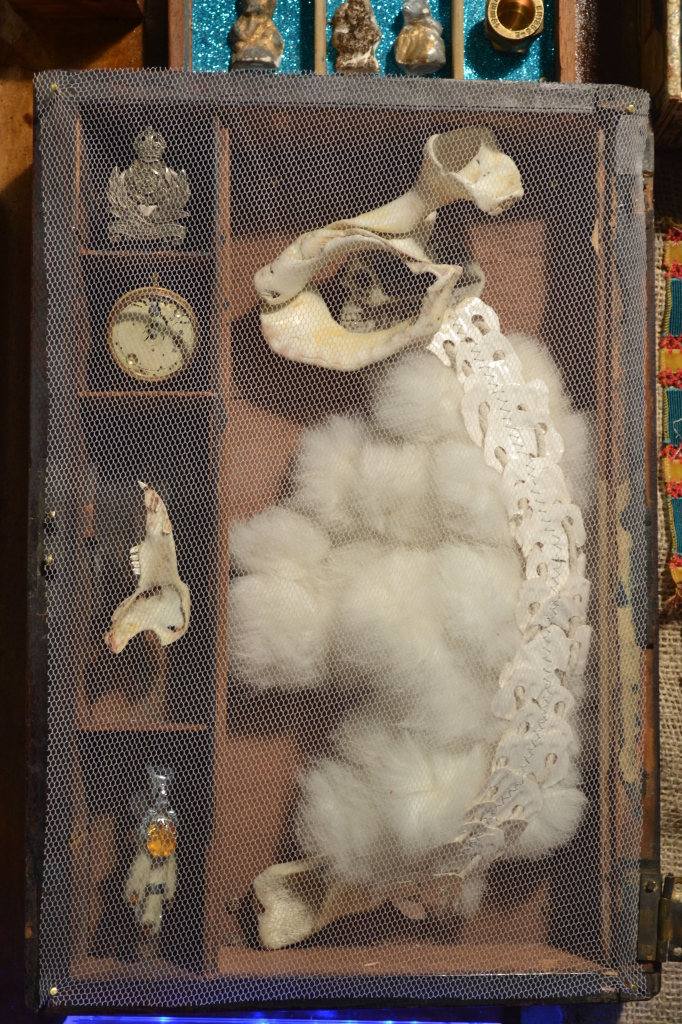 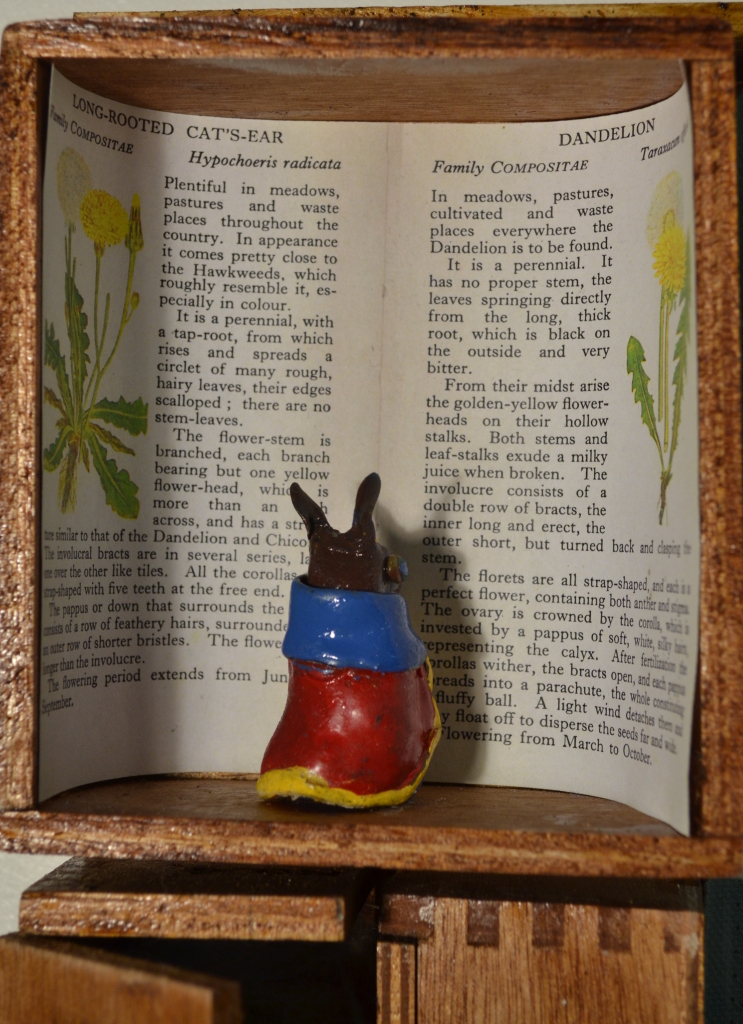 Made from boxes, sewn oil paintings, stitched voodoo images, pot animals and rabbit bones, this was my response to the death of my father and began my journey into looking at how our personal histories affect us and how they mould our contemporary lives.  Starting with a pot replica of Peter rabbit  (Peter was my father’s name) I worked the image of a rabbit throughout the installation using cigar boxes ( he loved cigars and jazz music) to frame the different elements. I used his wool jacket, his army badges, his watch and one special photo of myself and Dad in Antibes.  It is a personal narrative and a family history which I set to the tune he used to sing to my mother, “I love you but your feet’s too big” by Fatz Waller.  My son, who did not know his granddad, loves the installation.  It will carry my father’s memory into the next generation by reinterpreting and reimagining his presence.

A commission for a couple living in Moscow about to move back to England.  A permanent memory to take with them into the future, of the magnificent view from their 13th floor apartment, set in a vintage window frame with hand cast pewter window furniture. They also requested a framed digital print of the work in blue for a more modern look. 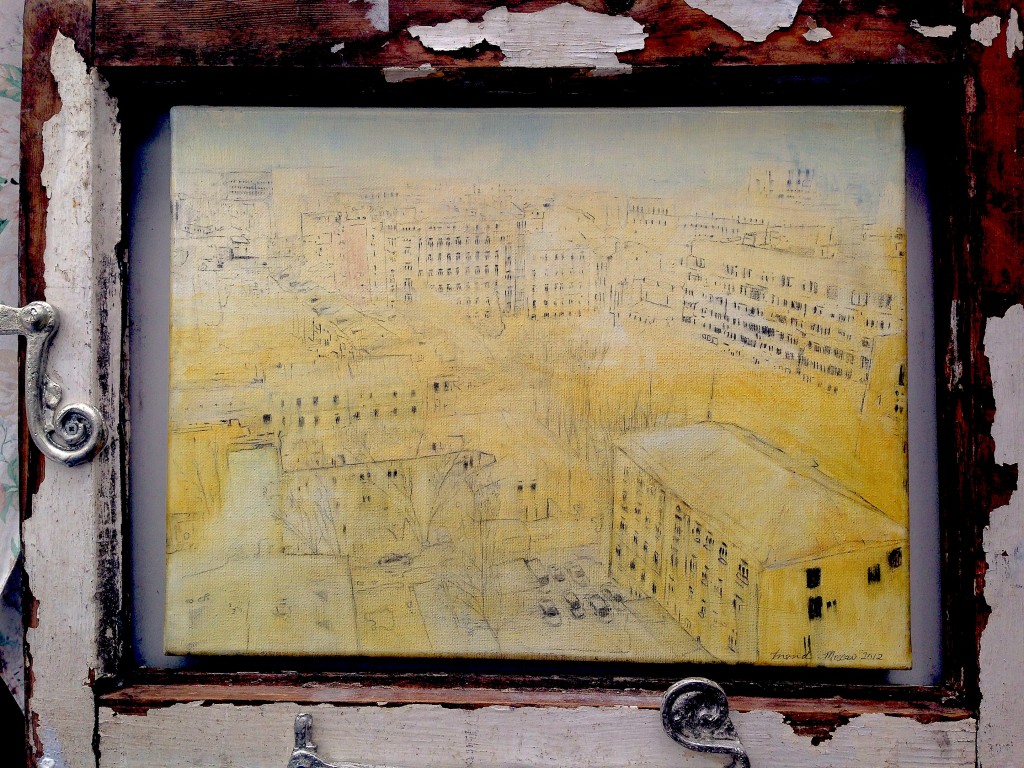 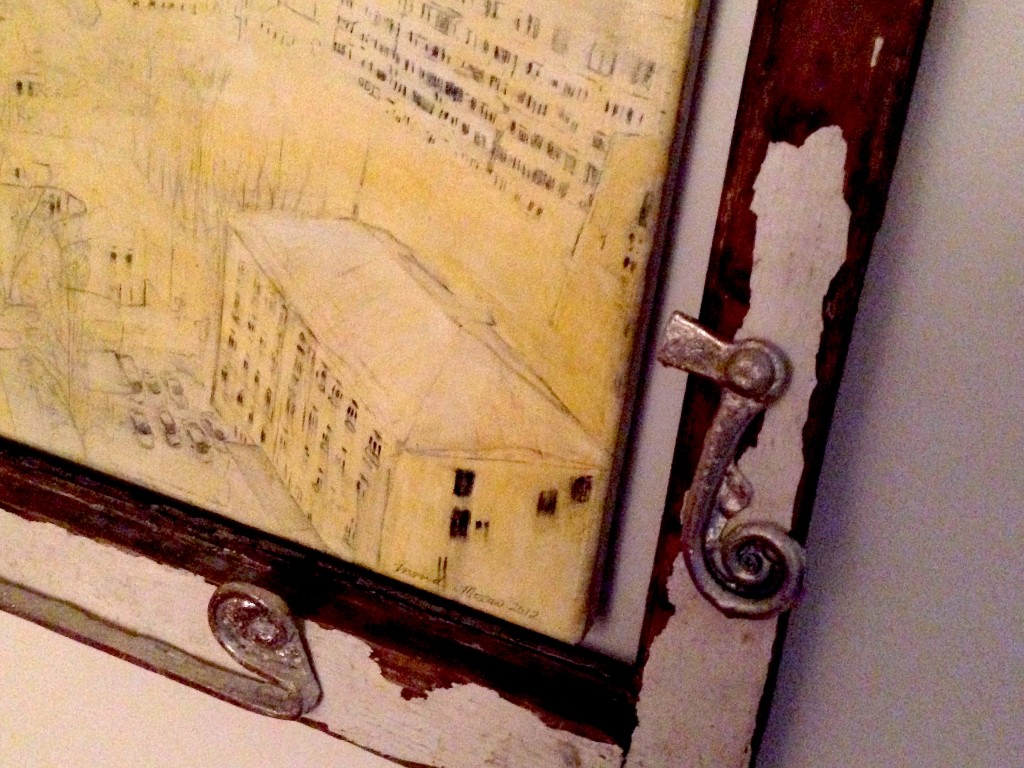 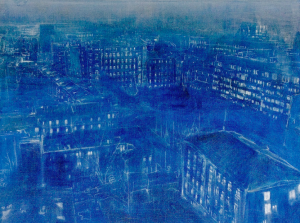 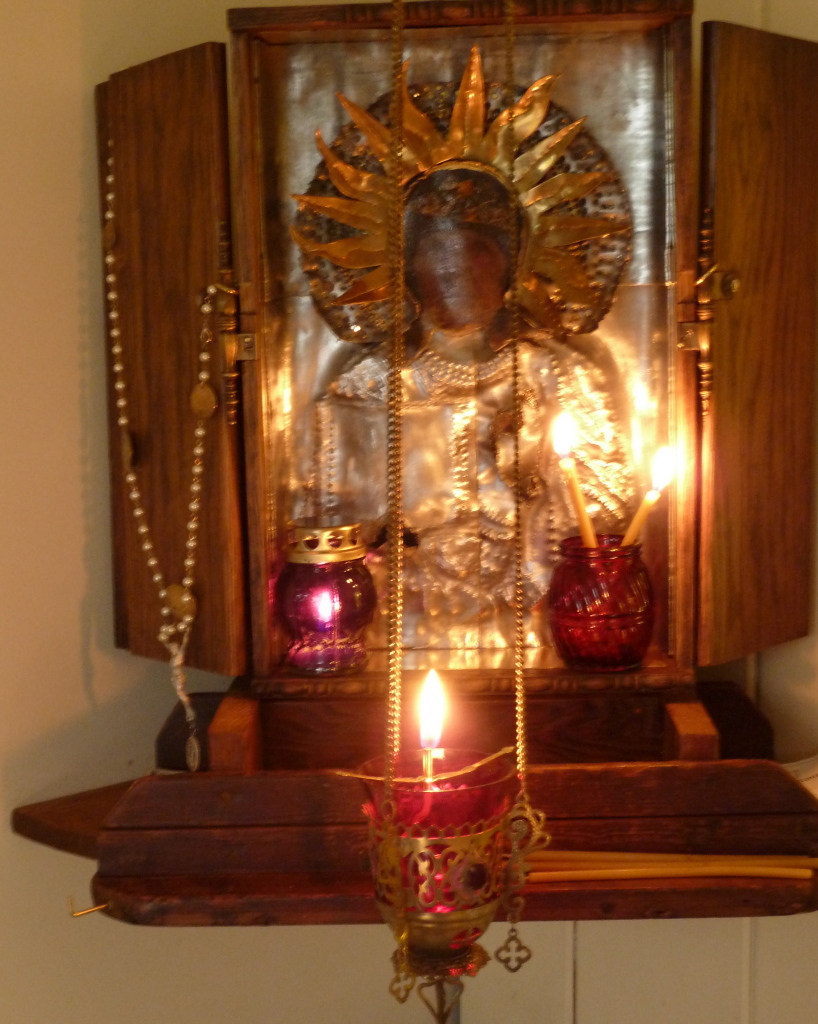 Made from a foot stool and an old cutlery draw: lead, brass and copper centre piece, original church candles, incense burner and hand-made rosary sourced from old Russian coins, photo transfer onto metal.  I turned the idea of a traditional icon on its head by creating an irreligious metal work that displays the face of Vera Putina, a Georgian peasant who claims to be Vladimir Putin’s mother. The face could be anyone, the idea being to bring the ancient icon imagery onto a contemporary stage. 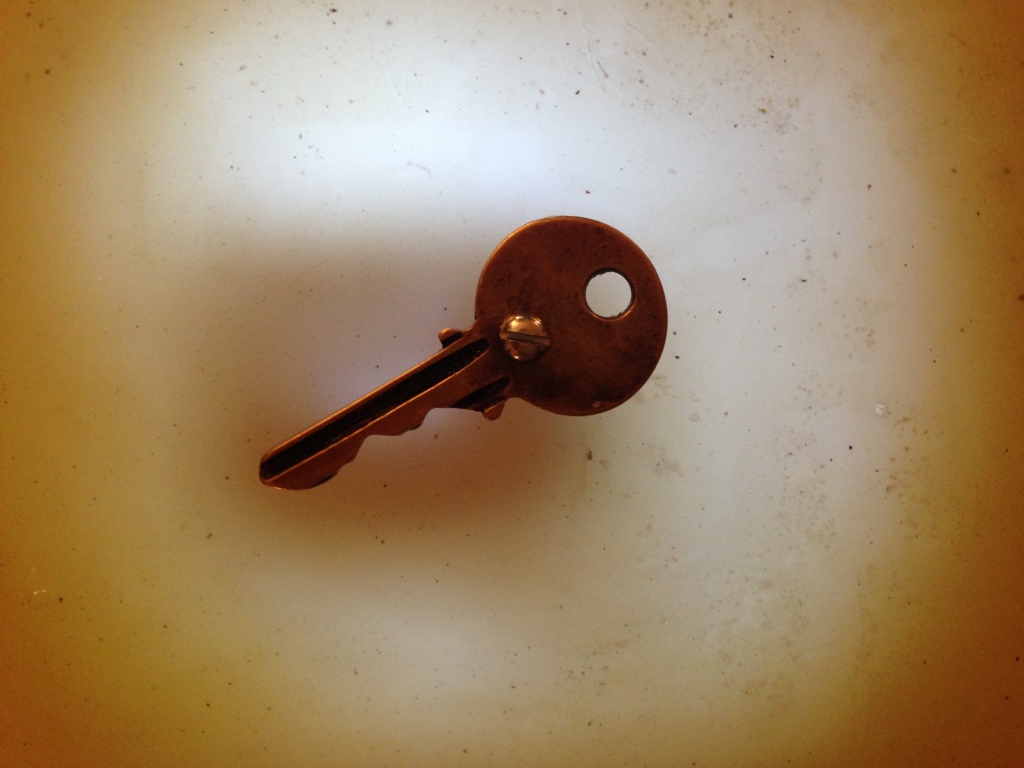 My friend chose the song “Windmills of your mind” by Grady Tate and wanted to use the original key to her first home. I sourced the music from America in a metal windmill music box which I dismantled and installed into a wax block music box which lights up when it plays.  Stores trinkets and secrets.